Posted by Christopher Smith on November 18, 2016

We've got something really special to announce; it's the arrival of Copa's latest George Best collection at 6 Yard Box. These stunning retro shirts all represent key times in Best's illustrious (& somewhat troubled) career. 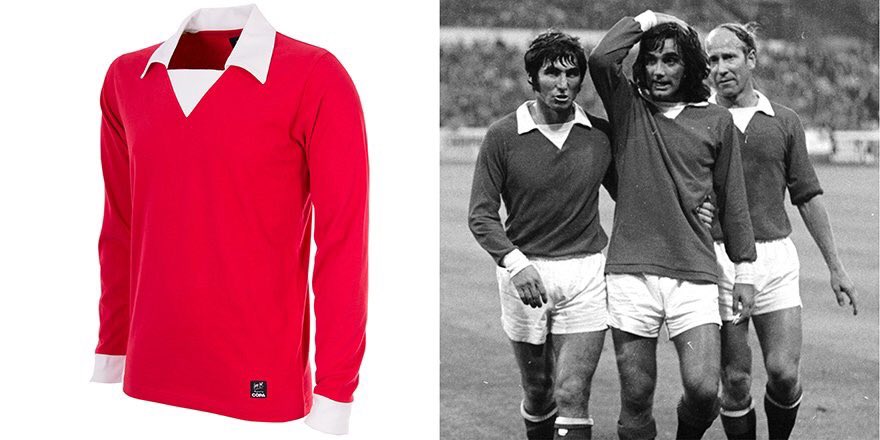 George Best started his career with Manchester United after a scout sent a telegram to manager Matt Busby that simply read: "I think I've found you a genius." Having been rejected by his local club Glentoran for being too small & light, United signed him up after a short trial.

As we all know, Best went on to become arguably United's greatest ever player, making the number 7 shirt his own and eventually lifting the European Cup.

This perfectly recreated retro shirt matches the one Best wore in the early 1970's when he was an established United superstar. The shirt is crafted from premium quality soft cotton for a fit & feel that matches what Best himself would have worn. 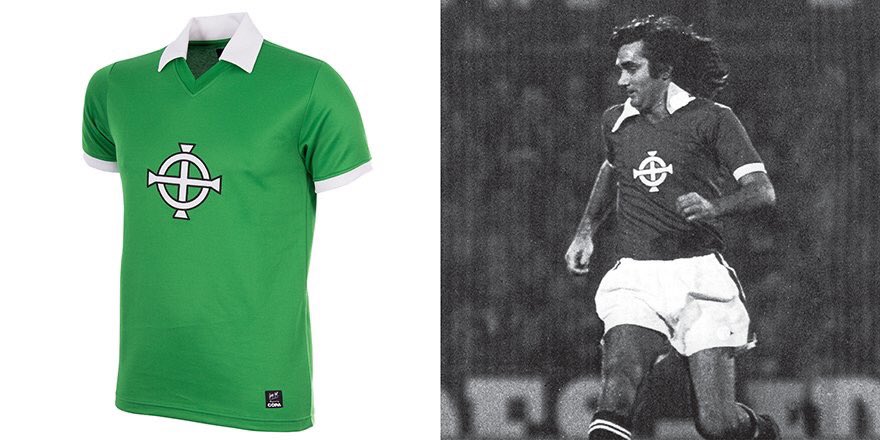 It seems odd to think that such a legendary icon as George Best only amassed 37 caps for his national side. Despite his unbelievable ability, his rock & roll lifestyle away from the pitch certainly hampered his international career.

He scored 9 goals for Northern Ireland, but arguably his most famous international goal was disallowed while playing against England. The English keeper Gordon Banks briefly released the ball as he aimed to kick it upfield, & in that split-second, Best flicked the ball over the keeper's head and nodded it into an empty net - he was not overly pleased when it was chalked off.

The George Best Northern Ireland retro shirt is crafted from a premium quality polyester & soft cotton blend & features an embroidered emblem on the chest. The rear of the shirt has Best's international number 7 on it. 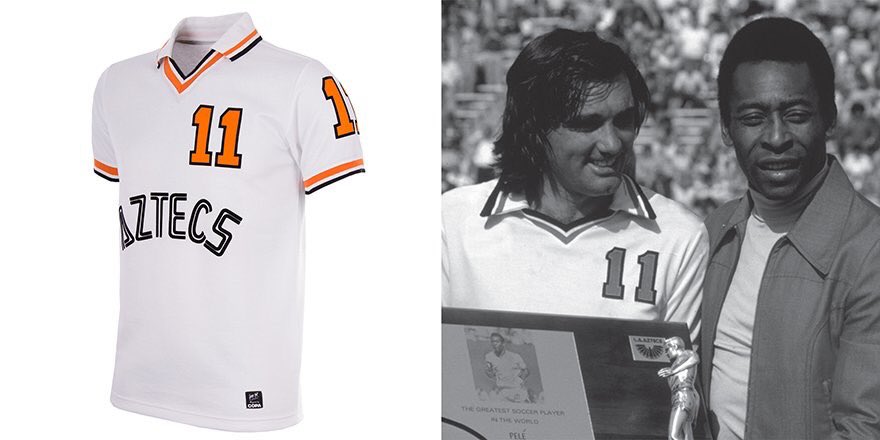 Best moved to the now legendary North American Soccer League in the late 70's alongside great players such as Pele & Beckenbauer. Los Angeles was the perfect setting for the Belfast Boy as the nightlife was spectacular & the anonymity afforded to him in the USA gave him respite from the press.

Still not without his off-field demons, Best bagged 12 goals for the L.A Aztecs during the season and was voted the NASL's best midfielder of the year.

The L.A Aztecs retro shirt is made from a premium polyester & soft cotton blend & features George Best's number 11 on the chest & rear of the shirt. His name is also printed on the rear in the same style as it was on the original.