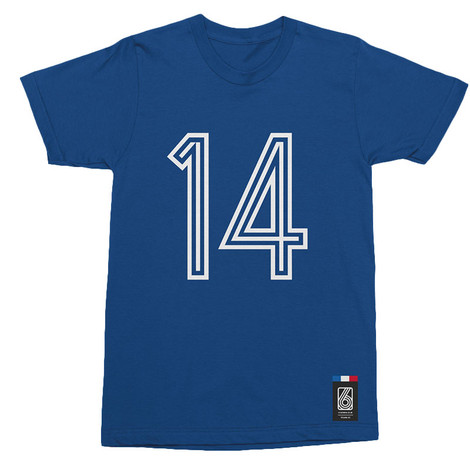 1982 was the year France came so close to lifting the World Cup, going out in the semi-final on penalties to a strong West Germany team.

Tigana was a world class box-to-box midfielder & was blessed with both defensive prowess & attacking flair. This stylish t-shirt showcases Tigana's squad number on the chest in the same font as was used on the original 1982 kit.

This design is exclusive to 6 Yard Box & cannot be purchased anywhere else, so order yours today.

• Number finished in same font as the original 1982 kit