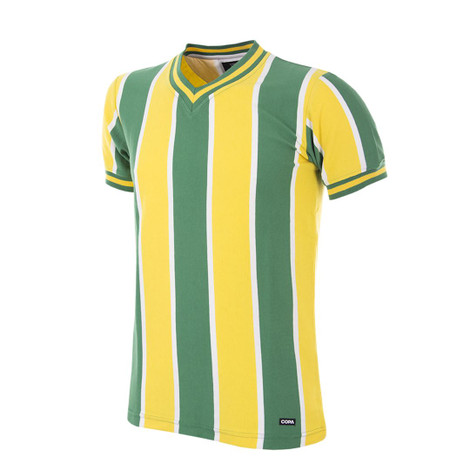 The 1965/66 season saw Nantes successfully retain the Ligue 1 title while playing some of the most attractive football France had ever seen. They were helped on their way thanks to a ridiculous goal tally of 36 from legendary forward Phillippe Gondet (a record total at the time & still the 3rd highest league goals campaign in France to this day).

The club took to the pitch during this season in a spectacular shirt that has been beautifully recreated by Copa under an official licence from Nantes. Crafted from 100% cotton, the shirt has a fit & feel that matches what the players would have originally worn on the pitch.

Order yours today from 6 Yard Box & receive it in a club branded presentation gift box.

• Design that matches the look, fit & feel of the original