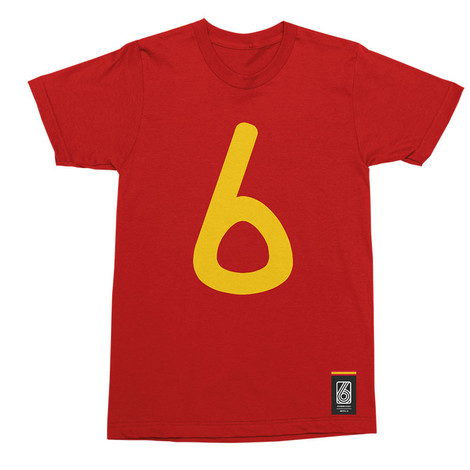 The 2010 World Cup in South Africa saw Spain go all the way to lift the trophy for the first time, with Iniesta scoring the deciding goal in the 116th minute of extra time.

Crafted from soft & comfortable cotton, this t-shirt showcases Iniesta's squad number on the chest in the same font-style as Spain's 2010 World Cup kit.

This design is exclusive to 6 Yard Box & cannot be purchased anywhere else, so order yours today.

• Number finished in same font as the original 2010 kit